Closed-door event Nutrigenetics, nutrigenomics and epigenetics for a modern approach to preventive medicine 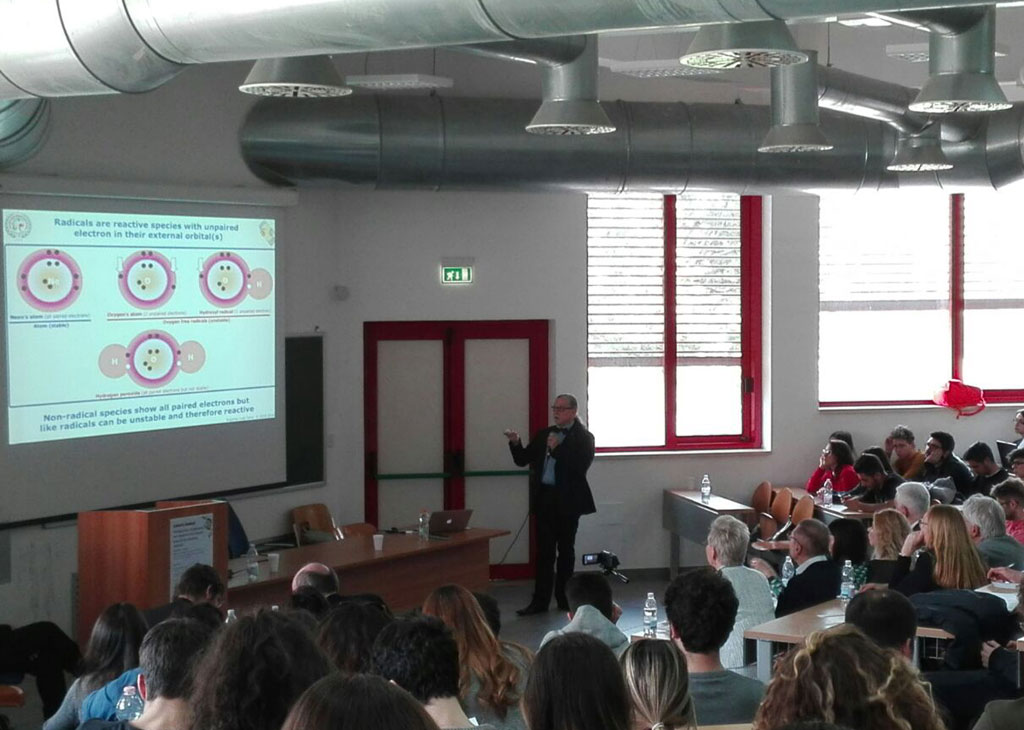 The University of Salerno hosted on 3 April a special closed-door educational event organized by DF Medica Corporate together with DF Medica Polska for our top affiliated practitioners in Poland as an award for their long-term collaboration and sharing of the DF Medica method and philosophy of personalized healthcare focused on prevention.

The title of the event was Nutrigenetics, nutrigenomics and epigenetics for a modern approach to preventive medicine, as the aim was to inspire the audience with the latest insights on the progress made in scientific research concerning the fields of Genetics and Genomics connected to nutrition and helath prevention in an evolutionary perspective.

The lectures were held by four of DF Medica’s science advisors: Alessandro Weisz, Professor of General Pathology at the University of Salerno hosting the event, Giovanni Scapagnini, Professor of Clinical Biochemistry at the University of Molise and expert in biological ageing mechanisms, Eugenio Luigi Iorio, Medical Doctor and founder of the International Observatory of Oxidative Stress, and Fabio Sallustio, researcher specialized in gene expression and bioinformatics.

One primary aspect covered during the event was the role of genetics in the prevalent non-communicable diseases, such as type 2 diabetes, obesity and cardiovascular diseases. Such diseases are caused by mutations in several genes and how nutrigenomic genotyping holds out the greatest promise of identifying the genes responsible for these multigenic conditions traits in order to prevent or delay the onset of disease. This approach is entering steadily in healthcare practice and personalized diets have been widely acknowledged as a means to health maintenance.

On the other hand, the application of genomics in relation with pharmaceuticals, the so-called pharmacogenomics, is still in an early stage of its development. However, the future of pharmacogenomics will consist in the design of therapies based on the individual’s genome aimed at boosting the effectiveness of drugs. Pharmacogenomic genotyping will potentially help determine whether patients may not respond or suffer an adverse response to the treatment.

Predictive and preventive medicine is, therefore, according to the scientific world, the key to age-related diseases say Dr. Iorio and Prof. Scapagnini. At the same time, progress in the current understanding of the molecular interactions between dietary phytochemicals and oxy/inflammatory response, thanks to research led on long-lived populations, can help in designing effective nutritional strategies aimed at enhancing overall health and longevity.

Research is also growing in the fascinating field of Epigenetics, the science studying how environment and individual lifestyles can directly influence gene activity via DNA modifications.  Professor Weisz engaged the audience with a lecture about the theory and the developing practice according to which a number of stimuli and conditions could greatly influence the epigenome which, contrary to the genome, is much more prone to modify itself rapidly and reversibly in response the changes of the cell environment, thus representing a potential means for health prevention.

To say it with Dr. Sallustio‘s words “The post genome era will open exciting possibilities”.