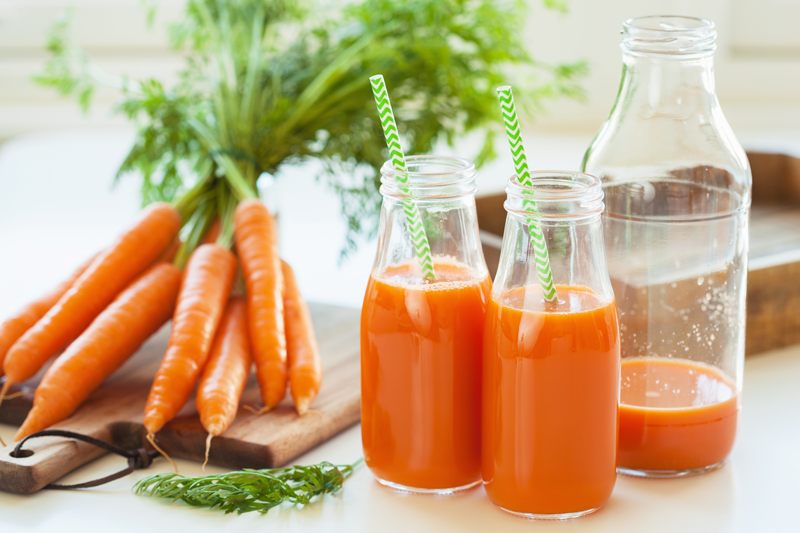 Carotenoids are colourful compounds which contain yellow, orange and red pigments and they are mainly produced by plants and micro-bodies. More than 600 carotenoids have been identified and the ones mainly found in the human blood are lycopene, provitamin A, lutein, zeaxanthin and β-cryptoxanthin.

Carotenoids are powerful antioxidants and protect low density lipoporoteins (LDL) from oxidation. They exert beneficial effects on human health and have been found to reduce the risk of developing chronic diseases, such as cardiovascular diseases and cancer.

A study led by the University of Nagasaki and published on the journal PLOS ONE has investigated the effect of a single nucleotide polymorphism (SNP) located near the gene which encodes for the β-carotene oxigenase 1 enzyme on the blood levels of carotenoids in Japanese adults. β-carotene oxigenase 1 synthetizes vitamin A from provitamin A.

The study found, coherently with earlier works, that the average blood concentration of provitamin A in homozygous individuals for the wild type allele (GG genotype) was significantly higher, up to double, than in T carriers, due to higher catalytic activity. These results were consistent both considering the total sample population and randomized by gender.

The most interesting and innovative finding consisted in the fact that the vitamin A synthetized from dietary provitamin A can play a role in controlling eating behaviour. The study suggests that T carriers tend to eat less fruit because they can break up provitamin A more efficiently and their body, therefore, signals a reduced need for fruit intake. On the other hand, homozygous GG carriers eat greater quantities of fruit because their body is less efficient in obtaining the required quantity of vitamin A.

G carriers should be recommended to eat more food rich in vitamin A, such as apricots, beets, carrots, chives, spinach, turnips, parsley, dandelion and millet. Also, using olive oil as a dressing over these foods can help to assimilate the vitamin A they contain.

As far as vitamins are concerned, Genetics can be very helpful in understanding individual needs for micronutrients and go beyond average national guidelines for nutrient intake. Genetic data can also serve as a source of information to identify possible deficiencies in vitamin absorption, which can be ascertained through blood tests and other functional analyses, therefore setting the foundations for a truly individualized nutritional treatment.