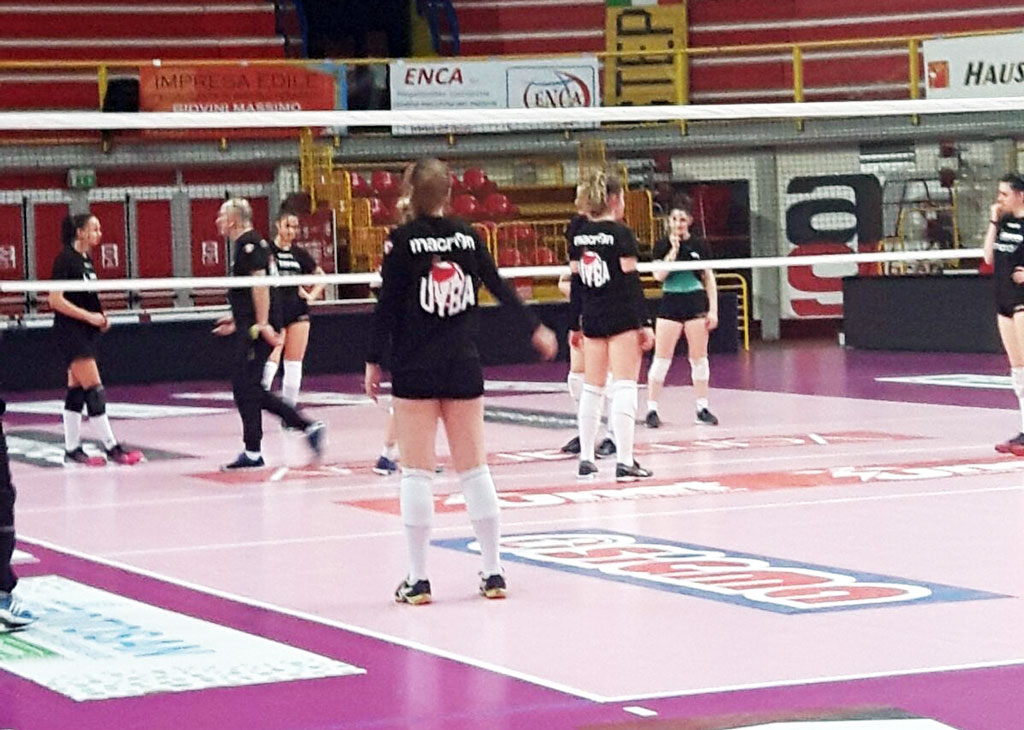 The project between DF Medica and the UYBA Volley team aims at introducing professional Volleyball to the innovation of applied genetics and personalized nutrition. The goal is to identify the unique metabolic traits of all players on the team and to provide each athlete with individualised nutritional advice based on their DNA, which will contribute to enhancing individual potential and to promoting health prevention and overall well-being. The project was presented on 24 March during the press conference for the UYBA Sport Innovation Day together with other innovative projects involving the team for the rest of the season.

UYBA is an important and very popular female Volley team at national level and has been playing in the Italian A1 series since the 2007/2008 season. The hashtag chosen by the team at the end of last summer for the 16-17 season, #dnaUYBA, is a fortunate coincidence and was created to express the bond between the team and its fans on social channels. For its part, DF Medica will provide a unique insight to the “DNA” of the team players by introducing the concept of personalized nutrition based on genetic makeup as an approach to contribute to athletic performance and health maintenance.

Under the nutrigenetic project the team players will perform the DNA test for the identification of their genetic traits related to metabolism and nutrition. The team’s medical staff will be supported by DF Medica’s science advisors for the interpretation of the genetic reports, personalized nutritional counselling and follow-up till the end of the season.

The project has already taken off and we soon expect to be presenting interesting results both at scientific and at sport level, which should benefit the athletes as well as the team as a whole. Finally, we wish for the project to represent a source of inspiration in the field of Nutrigenetics applied to professional sport practice.