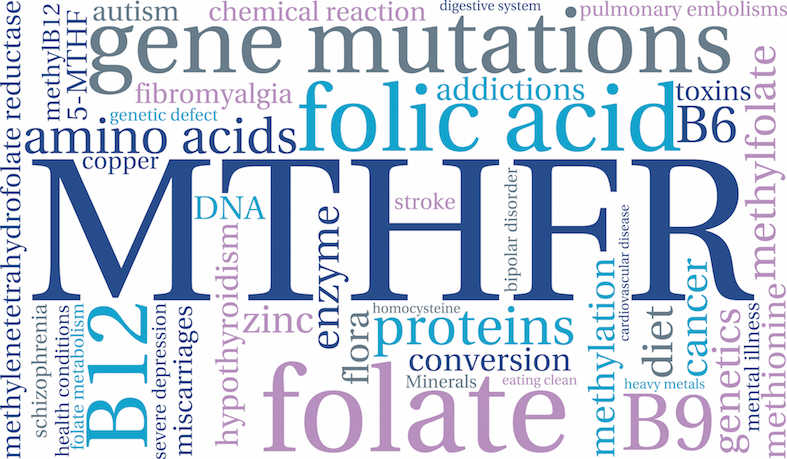 The plasma concentration of homocysteine ​​is the result of a close correlation between eating habits and genetic predisposing factors. Among the genetic factors, scientific research has identified certain genetic alterations which have been associated with the malfunctioning of the enzymes involved in the metabolic cascade, a process which generates homocysteine as an ​​intermediate product.

Homocysteine ​​is an amino acid often correlated with metabolic disorders such as hypercholesterolemia. High plasma ​​levels of homocysteine, in fact, represent a risk factor for many diseases that affect the functions of the cardiovascular system, mainly as a result of an increase in the production of free radicals and of oxidative stress, since high levels of homocysteine tend to inhibit the expression of key enzymes involved in the detoxification process.

A number of research studies in the field of Nutrigenetics have dealt with the correlation between high plasma levels of homocysteine and predisposing genetic risk factors. Among the risk factors identified there are certain gene variants which lead to a reduction of the enzymatic activity of the methylenetetrahydrofolate reductase (MTHFR) by about 50%. This enzyme is involved in the transformation of folates and indirectly promotes the activation of methionine synthase, which uses homocysteine ​​as a substrate.

As far as homocysteine levels are concerned, genetics enables the detection of the direct and indirect genetic risk factors associated with excess plasma concentration. This knowledge in combination with environmental risk factors can be useful for identifying the specific cause of the patient's metabolic disorder and consequently for intervening in a targeted and specific way through nutritional strategy.